Rwenzori Mountains National Park is a UNESCO World Heritage Site situated in the Rwenzori mountain in the South-western Uganda. The Park has the third-highest mountain peak in Africa and a number of waterfalls, glaciers and lakes. The beautiful and vibrant plant life makes the park a great spectacle.

The Park covers most of the centre and eastern part of the Rwenzori Mountains, a formidable mountain range rising above the arid plains, located north of the equator. The Rwenzori mountains are snow-capped and are unbelievably higher than the Alps. The Rwenzori Mountains National Park is also a habitat to about 89 bird species, 4 primate species and 15 butterfly species. It also has a variety of wildlife species among which is the forest elephant, Rwenzori turaco, duiker, hyrax, black-and-white colobus and chimpanzees. 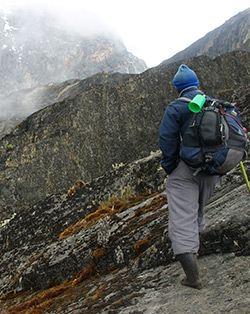 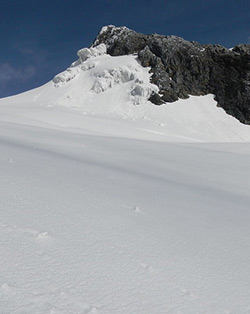 For a daring and fun-loving naturalist, there is a series of activities and adventures to engage in while at Mountain Rwenzori National Park.

Mountain climbing is done in the Rwenzori mountains. There are two main routes taken by mountain climbers; the Central circuit trail and the Kilembe trail. The trails are beaten paths through lush valleys, steep mountain passes, glacial lakes and stunning viewpoints.

The Central circuit trail is normally a challenging seven day climb providing a circular tour of the towering Rwenzori. Starting from the trailhead at Mihunga, the trail goes through the Bunuku valley via Nyabitaba to allow acclimatization prior to reaching the peaks. Some climbers scale the snow-capped peaks but to others the outstanding scenery is at the peak is the trophy for their exertions.

The Kilembe trail ascends the southern slopes of the Rwenzori beginning from a trailhead at Kilembe near Kasese town. You take the route along Nyamwamba valley, passing glacial lakes and a number of jaw-dropping viewpoints and finally joining the central circuit at Lake Kitandara.

A tour through the Rwenzori communities is an amazing one. A stroll through the Ruboni community camp will expose you to the tranquil farming life of the Bakonzo, living at the foothills of the Rwenzoris. You will see the Bakonzo going about their daily chores, from feeding their animals, tending their crops to preparing savoury meals using the fresh ingredients from the mountains . You will meet the oratory storyteller, the basket weaver, the renowned herbalist, the blacksmith and the famous village entertainers. While on your village walk, you should remember to look out for the Portal and Baker peaks rising above the forests.

Nature walks can be taken within the central circuit zone which can include trails to lake Mahooma and Buraro chimp forest. You can walk through the Kichamba communities to reach the Karangura ridge, and hiking to Bundibugo area passing through Bwamba pass. While taking nature walks you will encounter so many strange creatures and magical things within the abundant flora and fauna.

The Rwenzori Mountains National Park is a habitat to over 217 bird species, some of which are Albertine rift endemics. The bird species to see include; Sun birds, barbets, bee-eaters, the Rwenzori turaco, black eagles, swifts, long-eared owl, bearded-vultures, handsome francolin, flycatchers, slender-billed starling, strange weavers, greenbuls, apalises, Rwenzori batis, montane sooty boubou, crimsonwing, lagden’s Bush shrike, and the barred long-tailed cuckoo. Most of these birds to be found in the pristine montane forests since very few species choose to reside in the chilling and inhospitable high Rwenzori.